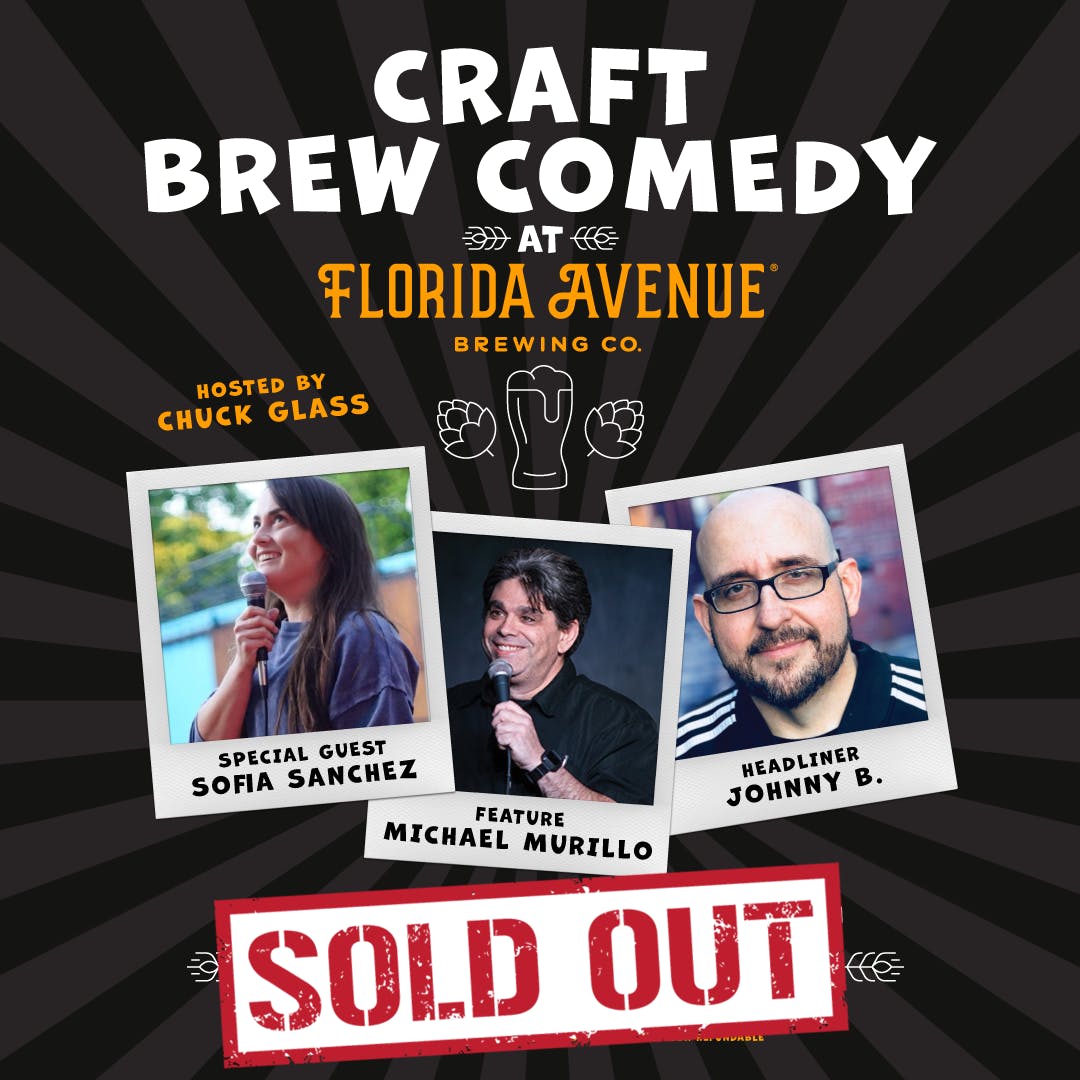 As an award-winning journalist, Michael Murillo used his writing skills to inform readers throughout his native Tampa Bay. As a stand-up comedian, he uses those same writing skills to entertain audiences around the country with a unique outlook on religion, relationships, and other topics you probably shouldn’t discuss in polite company. Murillo has had the privilege of performing at top comedy clubs and opening for talented comedians such as Amy Schumer, Tig Notaro, Judy Gold and Greg Fitzsimmons. With a mostly-clean yet controversial demeanor, his optimistic, self-deprecating humor continues to entertain all types of audiences.

A former professional poker dealer, a radio personality, a singer, and a successful stand-up comedian all walk into a bar….and the crowd says “Hey, Johnny B”.

For over 20 years, Johnny Bell has been entertaining comedy crowds around the country with a style that can be considered aggressive, logical, offensive, and level-headed all at the same time. It’s easy to simply get on stage and say controversial things, but Johnny attacks absurd life experiences–especially his own– with a critical eye that finds humor from different angles. He’s a dad, he’s been divorced and he’s dealt cards at the World Series of Poker twice, and all of those perspectives make for hilarious observations on stage that keeps crowds laughing.

When Johnny B isn’t behind the microphone at a comedy club–he’s shared the stage with comedy greats such as Mitch Hedberg and Ralphie May–he’s behind the microphone for terrestrial radio: As the winner of Cox Media’s “Tampa Bay’s Got Talent” search, he can be heard on 102.5 The Bone FM in the Tampa market. He can also be found in his home studio, where his popular “Johnny B Uncensored” podcast nets thousands of listeners each week. But wherever he is, people are definitely listening(and laughing) as his stories, rants and observations make for a unique comedy experience.

Sofia Sanchez is a Tampa native who began her standup career in Asheville, North Carolina in 2017. Her act is mostly observational comedy that vacillates between social commentary and the more mundane occurrences of everyday life. She performs all around the Tampa Bay area.

Raised in Tampa, Florida, Chuck began blazing a trail through the Tampa Comedy scene from his debut. Chuck earned his nickname “Unbreakable”, thanks to his sharp wit and uncanny ability to connect with any audience. He has won the L.O.L comedy competition, Show the Funny stand up competition, and the inaugural season of The Big Bang Show. He is also the Creative Director of GotJokes? Entertainment and a 6-time Best of the Bay winner.