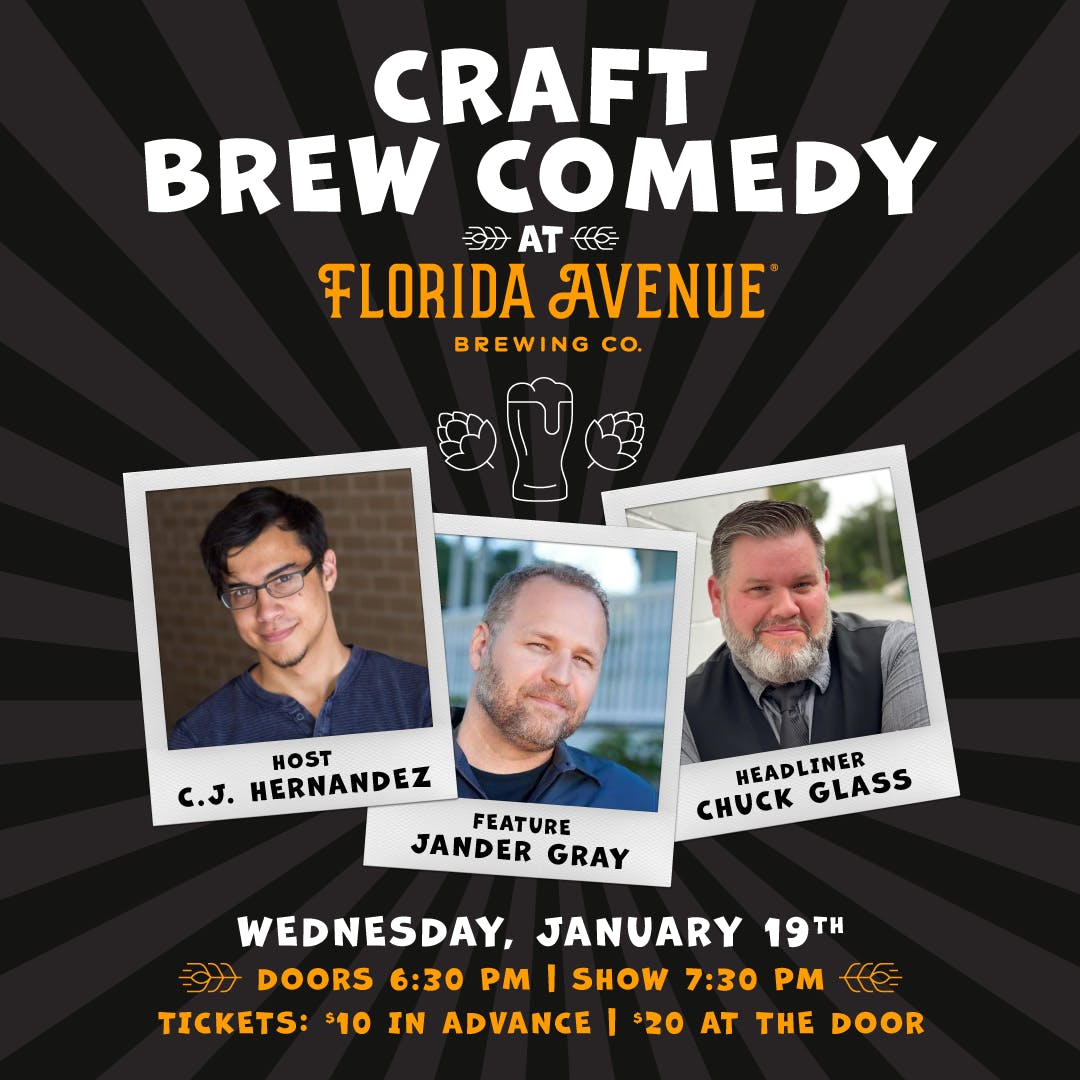 CJ’s life has been anything but normal, and the only place he ever truly fit in was on stage. Always the odd-one-out of his family, his sharp observational eye and optimistic outlook help him to find the humor in everything with a smile on his face, a spring in his step, and occasionally a foot in his mouth.

CJ Hernandez was a Semi-Finalist on Season 8 of Comcast’s Trial By Laughter, a Semi-Finalist in Florida’s Funniest Comedian 2016, and was voted one of the Top 3 Comics in Tampa, FL by Creative Loafing Magazine in 2017. CJ is also the creator of the popular standup comedy news page Open Mic Magazine and the mind Host behind robot comedian THE HEADLINERTRON

Jander Gray is a Comedian from Tampa, Florida. When Jander isn’t performing he is a stay-at-home dad to two children. He’s the kind of guy you’d share beers with at a BBQ and listen to his stories. He’s shared the stage with Sam Morril, Nate Bargatze, Steve Byrne &amp; Dom Irrera. Janders style of comedy has been described as intelligent &amp; insane, but mostly funny!

From his journey as a new father to growing up husky, Chuck’s outside of the box point of view and off the wall
antics take comedy to a whole new level.