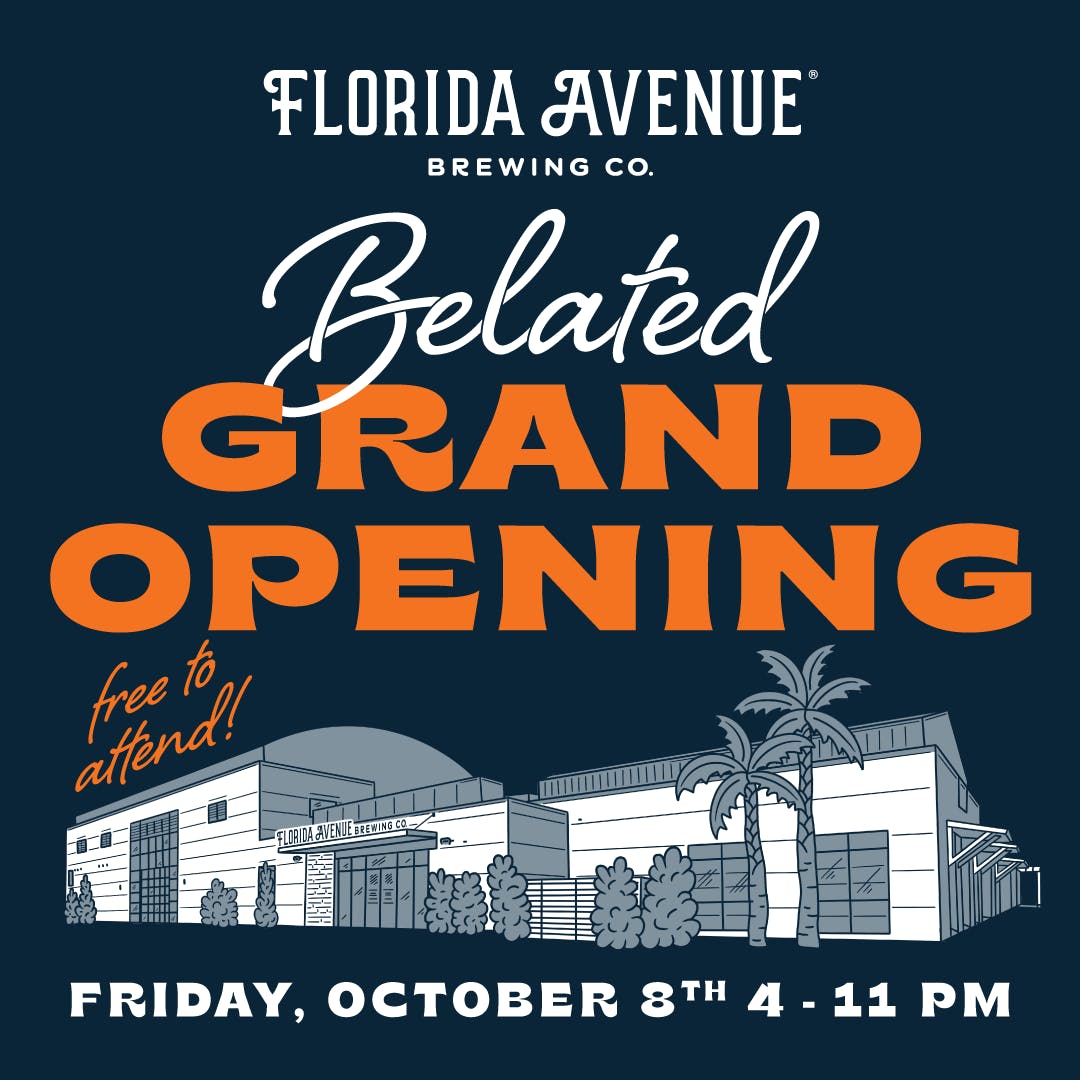 Nearing the anniversary of opening their doors to the public, the belated grand opening will be held one year after opening due to COVID-19. The new state-of-the-art production facility and full-service taproom located at 2029 Arrowgrass Dr. in Wesley Chapel, FL, will finally get the celebration it deserves. On Friday, October 8, from 4 p.m. until 11 p.m., the community can explore all that Florida Avenue Brewing Co. has to offer.

The event will kick off with a long-overdue ribbon-cutting ceremony at 4:15 p.m., followed by an anniversary draft beer release Time Flies American Pale Ale named by the staff, behind the scene tour of their private events space, a limited edition flagship mixed 4-pack of their most popular beers, live music in the beer garden and more!

Cheers to one year and many more to come!